My dissertation investigates how ethos—the rhetorical representation of character—accumulates over time in digital media. Through the analysis of websites and social media, I develop the concept of “cumulative ethos,” which reveals the persuasive effects of character as it evolves over time and across digital platforms. While my research investigates traditional understandings of character in individual human subjects—the provocative ethos of Kanye West, for example—I also extend the idea of "cumulative ethos" to consider the character of online organizations and virtual spaces/places. To analyze such a large digital archive (including thousands of tweets, blog posts, and news articles), I use both network analysis and sentiment analysis to uncover temporal patterns in the ways that character is constructed and eroded in online spaces. In some salient cases--such as the unconventional "iterative" release of Kanye West's 2016 album, The Life of Pablo—I also integrate these digital methods with traditional rhetorical hermeneutics to craft a more complex picture of how character develops over time in digital media. 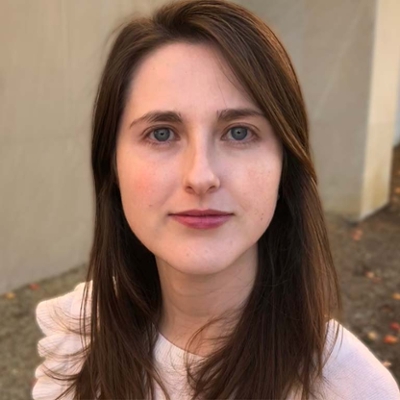 
Project: Neoliberalism and Judicialization of Politics in Costa Rica, 1982-2002

My dissertation focuses on the rise of judicialization of politics and neoliberalism in Costa Rica between 1980 and 2002. I examine how the high volumes of legal complaints filed by workers in the 1990s were part of an incursion of neoliberal rationality to Costa Rica’s political life. My project challenges traditional analyses of the origins of the judicialization of politics by tying its formation to the implementation of neoliberal reforms in Latin America. I argue that under the neoliberal state, which favors strong individual rights, the rule of law, and the institutions of freely functioning markets and free trade, a new individualism flourished that disarticulated labor movements and their capacity and willingness to engage in collective action. Turning to methodological tools from digital history and linguistics, such as corpus analysis, to support the discovery of larger trends in large amounts of data, my research transforms the way we analyze court documents and ultimately the way social scientists do research.  Ultimately, by employing an interdisciplinary toolkit that ranges from legal studies and political science, to linguistics to media studies, I will contribute novel understandings for the way social scientists do research using a vast and diverse set of sources. These combined approaches will help me challenge traditional notions about neoliberal reforms and reposition the study of the working class and its relationship to the state apparatus during twentieth-century Latin America and beyond.

Music and cultural archives, charged with preserving, curating and stewarding the use of cultural heritage, exist primarily in large traditional institutional settings such as governmental agencies, universities, and museums. However, with the advent of digital repositories and accompanying notions of archival democratization, these responsibilities are now capable of being returned to content originators and localized communities. Working towards a greater, long-term understanding of collaborative archival formation, this project distinguishes between types of music and cultural archives, focusing primarily on the difference between larger institutions and community-based archives in the United Kingdom and United States. To understand these distinctions, I use data mining methodology to trace public-facing discourses present in mission statements and other descriptive sources such as websites and marketing materials. Tracing these discourses includes the analysis of language being used by archives, but may also extend to geographical mapping of the difference in discourses in order to situate these ideas spatially.

Project: The Anonymous Andalusian Cookbook: A Digital Map of Faith and Food in Islamic Spain

My project examines the overlap between trade and religion in medieval Islamic Spain. Traducción española de un manuscrito anónimo del siglo XIII sobre la cocina hispano-magribi, an anonymous culinary guide initially compiled in the 13th century, is distinct from other European cookbooks of the same period. It hails from al-Andalus, a region of Spain that, at the time, was under Islamic rule and the site of an unusual degree of intermingling between its Christian, Jewish, and Muslim citizens. Treating the book as a microhistorical object, I intend to trace the trajectories of specific spices and ingredients, from their countries of origin to their ultimate role in each of faith communities of al-Andalus. To better understand the impact of certain foodstuffs on the social and religious fabric of medieval Spain, I intend to create a layered map that simultaneously traces trade routes and contrasts them against Spanish faith communities.

I will also turn to humanist and fine arts methodologies often outside the scope of digital literary studies to experiment with alternative approaches to interacting with a text. For instance, can we experience the demand on an actor's body more viscerally if we can engage with a text's violent language tactilely rather than visually or aurally? In this vein, I have already done some work with 3D modeling and laser cutting to produce 3D objects that tactilely render the violence of a text's language—allowing the reader to feel, rather than simply see, the violence. Moving forward, I hope to incorporate performance art components that will ask readers to engage physically and kinesthetically with a text. By incorporating these interdisciplinary approaches to the texts I study, my digital project is a response to distant reading and big data methods currently prevalent in digital literary studies, and aims to demonstrate the exciting possibilities of increasingly interdisciplinary digital agendas.

Olivia Wikle is a second-year Master of Library Science student, specializing in Digital Humanities. Prior to studying librarianship, she received an M.A. in Musicology from The Ohio State University, and she is especially interested in how digital research can be used to expand the ways students think about and understand music and history. Her HASTAC project centers around the intersection of literature and music in late eighteenth-century Britain by mapping musical performances that gothic novelist Ann Radcliffe (1764-1823) may have heard. The project’s interactive map will show where and when London performances took place, and each musical occurrence will be accompanied by details and excerpts from reviews. Visualizing these performances over space and time will allow for a careful consideration of how some of this music may have influenced Radcliffe’s unusual narrative use of music in her novels. To facilitate a comparison of Radcliffe’s text with the reviews and details of the music itself, this project will also incorporate historical research, topic modeling, and text analysis. In its finished form, this project will have the potential to be used as an educational tool to assist students in interpreting eighteenth-century concert life, and to suggest insights into influences behind Radcliffe’s use of music.

Project: Hermann J. Muller as a scientist and public intellectual

I aim to present scientific and societal debates of the atomic age concerning genetic effects of radiation through the legacy of Hermann Joseph Muller (1890-1967), a genetics pioneer, Nobel Prize laureate (1946), and IUB professor (1945-1964). Relationship between his research and the fields of biology and genetics will be explored with the use of bibliometric methods. Investigating Muller’s public role is more challenging – fortunately, IU Lilly Library is endowed with collection of materials from Muller’s professional and personal life. Thus, his correspondence will serve as a primary source for analyzing connections with other intellectuals, using network analysis. Moreover, Muller’s decades-long career spanning Germany, the Soviet Union, and the United States will be mapped chronologically and geographically with the use of secondary sources and GIS tools. Ideally, the results will be integrated into an online exhibition of selected digitized materials, encouraging not only broader study of Muller’s collection, but also his scholarship as an example of science in society.

MFA in Metalsmithing and Jewelry Design

This body of work consists of twenty 3D printed, fabricated, and enameled sculptural rings inspired by microscopic structures of living forms. The idea that how creatures are perceived by human eyes could be entirely different from the imagery revealed by a microscope makes me ponder whether I am able to capture the reality of anything merely through visual observation. I am intrigued and inspired by the process of merging multiple mediums, which enables me to express my various identities, and helps me visualize the growth of a newborn from an ambiguous seed to a matured form. My work communicates the juxtaposition of 3D printed components and enameled components. The hand-drawing process assists me in modeling three-dimensional objects using Rhinoceros, a 3D modeling software that can build up volumetric forms through assigned points, lines, and surfaces. The completed enameled components are combined with the 3D printed components through sewing, tension fitting, riveting, or applying creatively designed mechanisms.